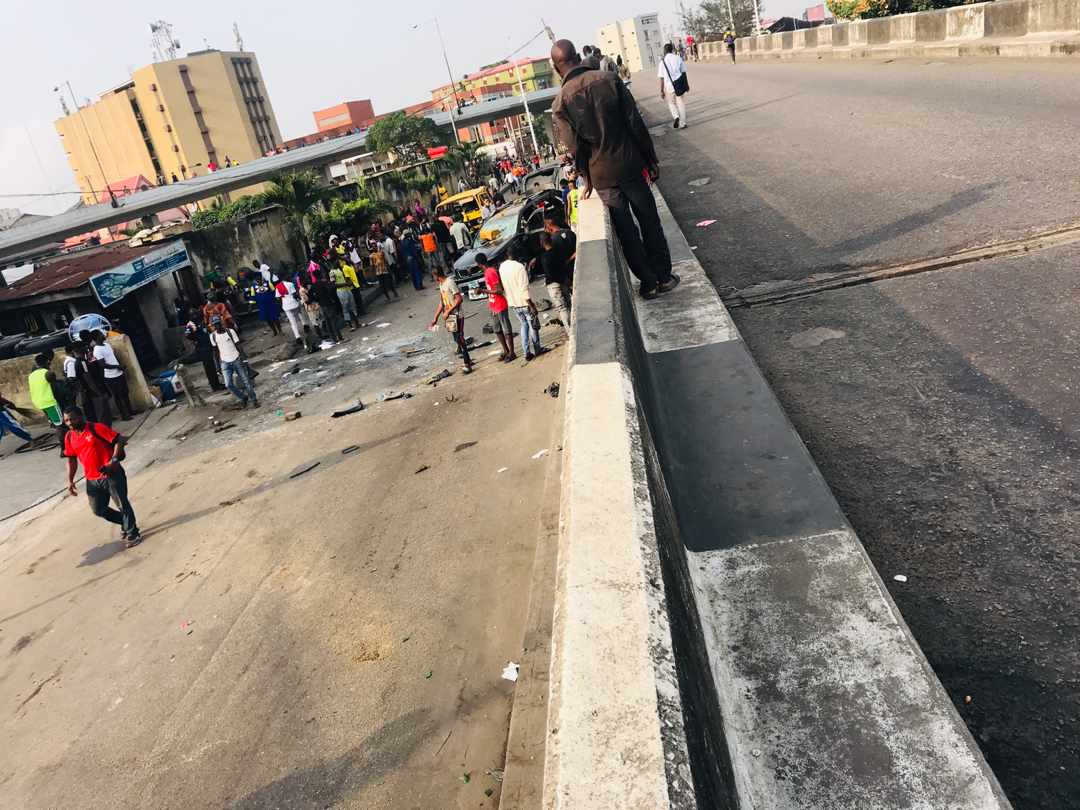 Gunshots were fired at the Obalende area of Lagos this morning as rival factions of the National Union of Road Transport Workers allegedly clashed on Thursday morning.

The clash which started around 8am, as learnt, led to panic in the area as motorists, passengers and passersby scampered for safety due to the gunshots fired.

One Twitter user, Chika Ezeabiama @ps6811 tweeted, “Please guys if you’re going to Obalende or Ikoyi through that axis biko (please) turn back, Agberos (motor park workers) are fighting and as usual the @PoliceNG are doing nothing about it.”

Please guys if you’re going to Obalende or Ikoyi through that axis biko turn back, Agberos are fighting and as usual the @PoliceNG are doing nothing about it. @GidiTraffic pic.twitter.com/fElh4QUQJj

Another user @_just_sapphire said Please avoid Obalende today!!! as he posted a video of the clash with sounds of gunshot

Another user @AbassOyeyemi also said, “Insecurity in Lagos has skyrocketed, especially on the Island. Crazy shooting by NURTW guys going on at Obalende. This is just after about four days of shootings at Adeniji Adele. Thank God for life.”

Nuel @darkskinnoble wrote, “Obalende axis around Lagos Island is not safe at the moment, kindly avoid and take alternate routes.”

The Complaint Response Unit of the Nigeria Police Force, which responded to the video, said, “DPOs and other policemen are on the ground addressing the situation. Thank you for contacting NPF-CRU.”